Is QR code ordering and payment processing ready for the mainstream? 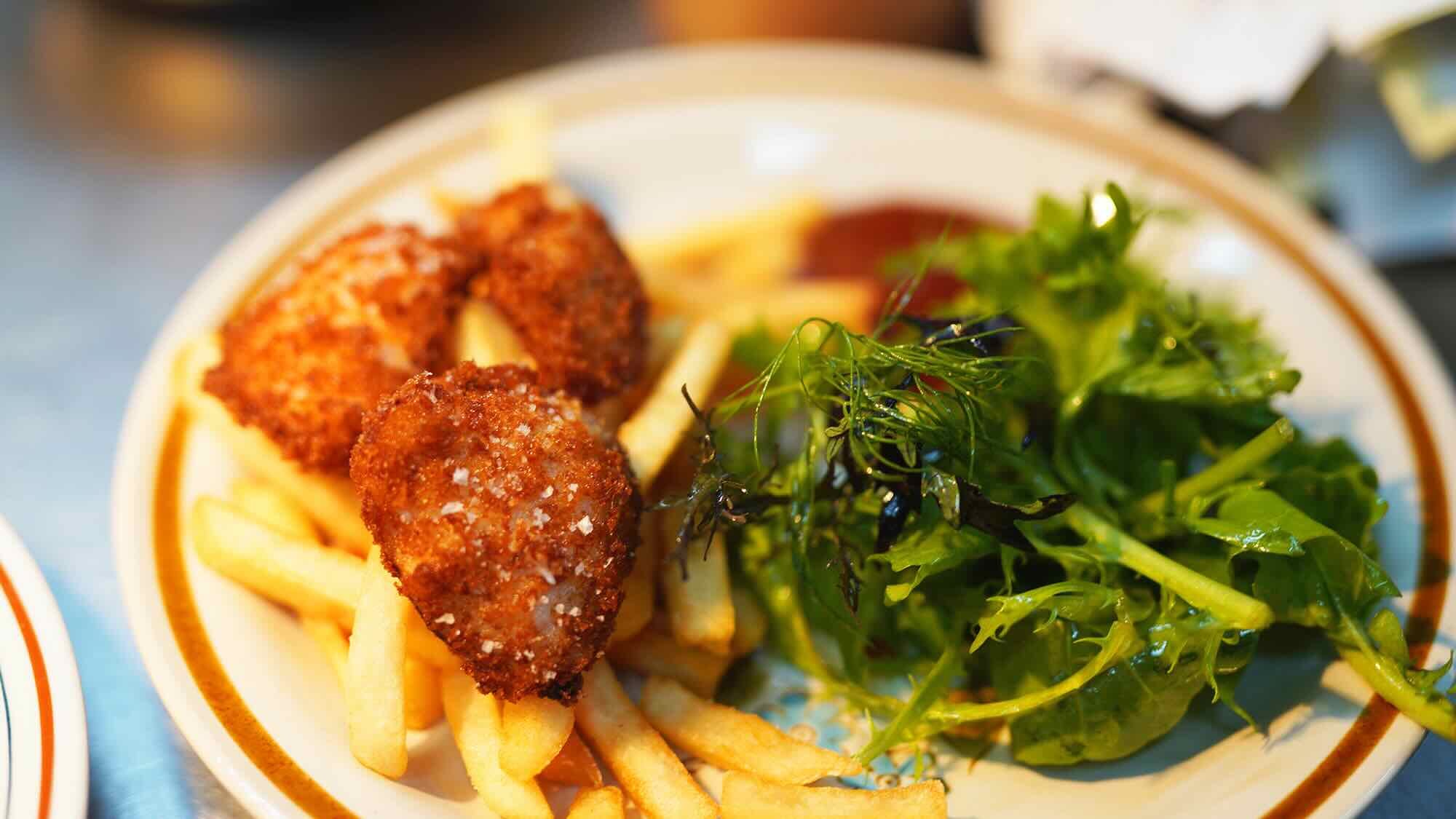 In times of crisis, technology is a truly transformative force capable of changing an entire industry's trajectory. Sometimes the advent of new technology serves as the catalyst. Other times, it is the revisitation–and repurposing–of existing technology responsible for ushering in a new era. For the restaurant industry, contactless ordering and payment via QR code menus is a trend that appears here to stay.

QR code adoption has been accelerating across numerous industries and international borders for years. According to a recent Forbes article, general QR code acceptance increased by an incredible 96% in 2018 and 2019.

In 2020 and 2021, 24% of the North American population utilised QR codes during the pandemic. Europe saw more than 10 million individual QR barcodes scanned during the entirety of 2021. The Asian market experienced a rapid 30% boost in QR code usage in 2020.

Now that everyone is used to digital ordering, it appears the dining experience will never be the same. Today, we'll attempt to answer the question, "Are QR code menus and payment methods ready for prime time?"

The rise of QR code usage in the restaurant industry

In all reality, QR codes aren't exactly a new technology. You can trace the origins of the QR code all the way back to 1994. Denso Wave, a Japanese company, developed the unique, proprietary barcodes to help bolster their inventory control procedures.

At the time, the Japanese manufacturing sector, specifically companies like Toyota, had pioneered a new assembly line paradigm called "Kanban," which is a form of just-in-time inventory procurement. Denso Wave hoped to streamline those efforts in their plant using QR codes as a productivity tool.

By the early 2000s, QR codes had become public across Asia and have remained an integral part of multiple industries since then. It's a different story in Europe and North America, however. While QR codes were first introduced in the mid-2000s, they weren't exactly well-received. There was a significant amount of confusion surrounding their use, and not everyone had a device capable of scanning them directly out of the box.

As the cellphone industry grew, however, so did the prevalence of QR code solutions. Once Apple —and later Android— began directly integrating QR code readers into their cellphone cameras, the industry began to grow by leaps and bounds.

Numbers don't lie. According to the above-cited statistics, QR code adoption had been growing rapidly across many parts of the world. It was the pandemic, however, that accelerated the adoption rate, especially where the food service industry is concerned.

Once upon a time, QR codes were nothing more than a novelty–a poorly understood piece of tech. Now, however, they have become fully integrated with the restaurant industry. Step into any pub, cafe, or eatery located in a major metropolitan area, and chances are you will encounter QR menus, QR payment methods, or a combination of both.

In the next section, we'll back up and explore the QR code and its more modern evolutions, both in terms of capability and use case.

The steady evolution of QR code ordering and payment methods

The tale of consumer-based QR codes is ultimately a tale of two vastly different markets. Since their inception, QR codes have become part and parcel of everyday life for many Asian countries including Japan, China, and South Korea.

As mentioned, quick response codes were initially used as an inventory control measure. Due to their utility as a two-dimensional barcode, rather than traditional barcodes which are limited by their single dimension design, auto manufacturers rushed to integrate QR technology into their Kanban manufacturing model, and they did so with great success. From there, the codes were released for public use.

By the early 2000s, Japanese society had developed a number of use case scenarios for the barcodes. While they were initially used in production-heavy industries, they soon spread to other areas such as healthcare, fitness, and travel before eventually finding a home in the marketing sector. Major name brands across the globe began nesting coupons, advertisements, and other marketing assets inside their codes throughout the 2010s.

Time has brought nothing but innovation to QR code technology. Over the years, new, more adaptable versions of the QR code have been introduced. For example, the regular QR code gave way to smaller micro QRs with the potential for broader placement opportunities.

QR technology's next great evolution came in the form of iQR, a rectangular version of the classic QR capable of holding even more information, as well as a distinct shape that could be purposed toward a wider range of marketing avenues. Finally, innovators released the FrameQR sometime around 2014. FrameQR allowed users to combine the functionality of QR codes with branding, graphics, and other marketing assets to create a visually rich advertising modality.

Through innovation and evolution, the QR code gained a host of new utilities. Most recently, use cases include elements such as business cards, direct links to websites, PDFPDF downloads, digital payment methods, and of course, the contactless menu.

Here's a challenge for you: next time you are out at your favourite pub, cafe, or eatery, pay attention to whether the venue uses a QR code order or payment system. Chances are high that if you are in a major metropolitan area, the establishment will have some form of QR integration. In other words, online menus, especially those that include ordering and payment functions, have become an industry mainstay. So what does that mean for you as a business owner?

Integrating QR codes into your day-to-day operations is no longer just a novelty. Given current market trends, it’s a necessity. Customers come to your establishment seeking a seamless and increasingly contactless experience. Because your restaurant's prosperity is directly linked to customer satisfaction, it's up to owners and franchisees to read the room and adapt. The benefits, such as customer retention, improved efficiency, and cost savings are well worth the effort.

Where will the technology take us next?

For much of the world, QR codes have come a long way in a short period of time, thanks in part to the food service industry's newfound reliance on contactless ordering and payment methods. In Asia, where the QR code has thrived for the last two decades, innovation rises to meet the challenges of an ever-evolving economy. So what's next for QR code technology, specifically as it relates to food services?

QR codes are capable of amazing things. Now that modern cell phones, tablets, and other mobile devices all include QR code readers as part of the device's built-in camera, everyone has access to QR technology right in the palm of their hand. As of 2020, 78% of the world owned or at least had access to a smartphone. Companies that use QR codes as part of their marketing now have an unmitigated reach.

When it comes to the food service industry, we've seen just how powerful this technology can be. Restaurant owners can create high-quality digital menus that are easy to edit and update. Business owners can link ordering and payment functions to their QR code menu, greatly enhancing the customer experience. But QR code menus are capable of so much more.

Owners of large-scale venues, such as stadiums or concert halls, can employ QR codes to give their patrons even more checkout options. QR codes are a doorway that allows customers to order from multiple vendors simultaneously and then checkout all in one transaction. QR code menus and order processing places the customer in the driver's seat.

The next frontier for QR code menus, however, is tech integration. QR codes are already capable of syncing with your establishment's customer relationship management (CRM) software. Imagine obtaining valuable customer data, including demographics, tastes, and consumer behaviour with each barcode scan. QR code menus make robust data analytics possible, even in the smallest mom-and-pop diner you can imagine. 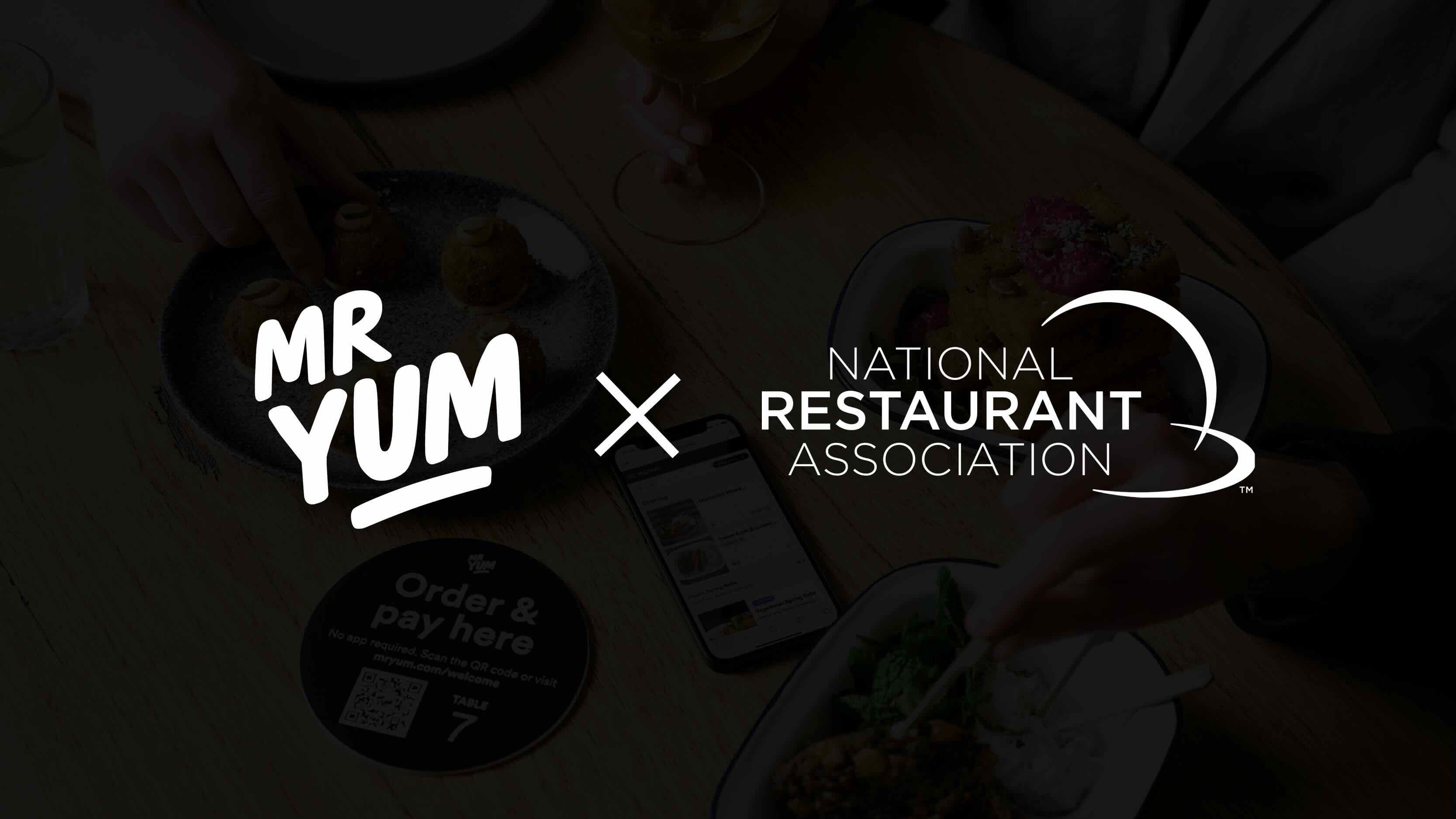 Teaming up with the world’s largest foodservice trade association.

New feature adds to a suite of industry-leading capabilities.

Keep guests in the loop with improved Wait Times